At Animal Ark Rescue it has always been our mission to give animals a second chance at life. We take in the young, the old, the sick, the injured, any breed, any size. Many of the animals that we have taken in over the years would have been considered to be a “lost cause” by others, but here at the Ark we believe that it is only fair to give these sweet souls a fighting chance. Animal Rescue can be bittersweet. You win some, you lose some (No matter how hard you try💔). Animals like Tommy, are why we do what we do. We would like to share his success story with you.

Thomas, who soon came to be fondly known as “Tommy” boarded the Ark on May 20th, 2019. His initial condition was shocking to say the least. Tommy had been starved and neglected in a most inhumane way. He looked like a walking skeleton. When he arrived you could see every single bone in his frail, senior body. He weighed only 43lbs. He was so weak from hunger that he barely had the strength to stand or walk without staff assistance. There were no indicators that he had lived outdoors. He was clean, flea free, and heartworm negative. We sent Tommy immediately to our vet to be checked for possible medical causes and the blood test showed elevated liver numbers. There was concern that the weight loss may have an underlying illness as the cause. Many would have given up on Tommy after hearing the results of his initial blood work, but we looked into those deep brown eyes…begging to be saved…and we knew that we had to try. 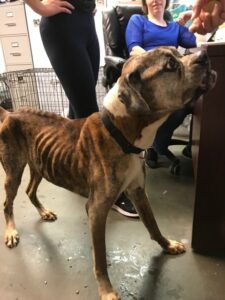 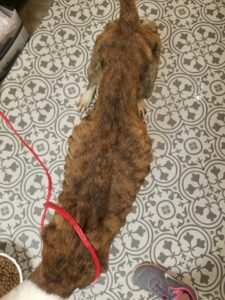 Tommy came back from the vet and was put on a special high calorie diet with satin balls to aid in weight gain. Thanks to your generous contributions we were able to cover the cost of Tommy’s initial exam, blood work, medication to support his liver and immune system, and keep him happy and VERY well fed.

Change came quickly. Tommy spent his days in the office. He was fed and watered every few hours. At first, we had to ration his food and water. He had been so starved for both that if you left his food and water out he would consume it so quickly he made himself sick. He gained weight easily, 10lbs in just two weeks! The more weight he gained, the stronger he became, and the more his true personality began to shine. 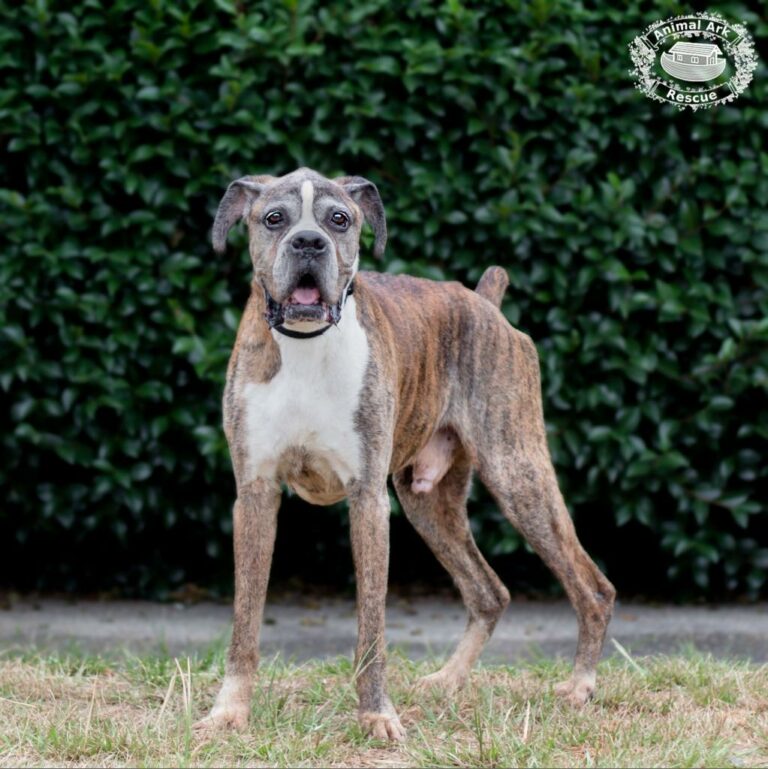 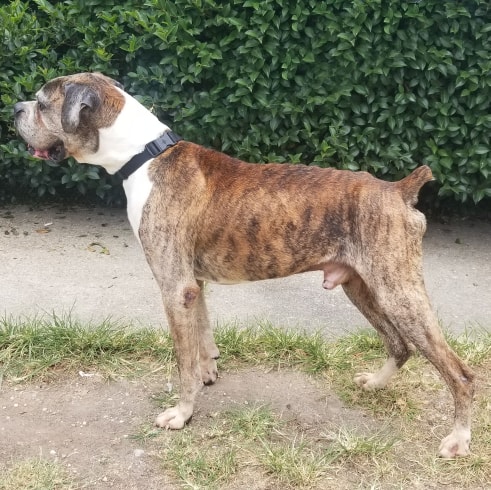 Everyone that met Tommy fell in love instantly. He HAD to greet every new person he saw. He would get so excited to see a new human that his nub of a tail would spin in circles like a small helicopter! He became our official office greeter. Not only was Tommy starved of food, he was also starved of human love and affection. He craved it. He would nudge his head under your hand for more pets. His favorite was getting his neck scratched. It would send that back leg kicking in hyper speed! After the first few weeks he even began to play like a boxer! Slapping his front paws on the floor in a play bow and barking for you to join in. Soon enough he learned what toys were. He liked to play plush toy tug-o-war with the staff. No one could resist his goofy boxer grin, especially when he would flop over on his back to beg for a tummy rub!

Tommy spent approximately 1 month at the Ark. During his fourth week here he hit his goal weight of 60lbs. As much as we all loved this boy, we knew that it was time for him to find a forever home. We sent Tommy back to the vet for some final blood labs and prayed for good news.

Fortune was on our side! Tommy’s initial blood work showed that his liver enzymes were elevated to critically high levels. The new blood work was no longer critical! It seems that a majority of Tommy’s health issues were from simple malnutrition. It was time for Tommy to go home.

Tommy’s now family fell in love the moment they saw his intake photo online. The first week he was at the Ark they came to visit Tommy and brought him some raw beef for his high calorie satin balls.They are long time boxer lovers with another young female boxer at home. They spent several hours over the next few days visiting Tommy. They messaged throughout his stay to track his progress. They knew that Tommy was meant to be their dog. His now family received the news that Tommy had been medically cleared by the vet while they were on vacation at the beach. They were so elated that they ended their trip a day early and came straight to the Ark to adopt Tommy that day!

Goodbyes in Animal Rescue are always bittersweet, but the sweet far outweighs the bitter. We love Tommy. We will miss him, but our hearts are so joyful to know that he now has a forever home. Tommy got the second chance that he deserved. He will spend the rest of his days in a cozy home, with an amazing family, plenty of food, water, treats, a bed, blankets, and too much love to measure.

It is stories like Tommy’s that keep our hearts full, knowing that what we do for these animals truly makes a difference. A difference that we cannot keep making without the continued support from YOU, our community. We thank you for Tommy and all of the other voiceless animals that you have helped us save and will help us save in the future.

YOU make this possible! 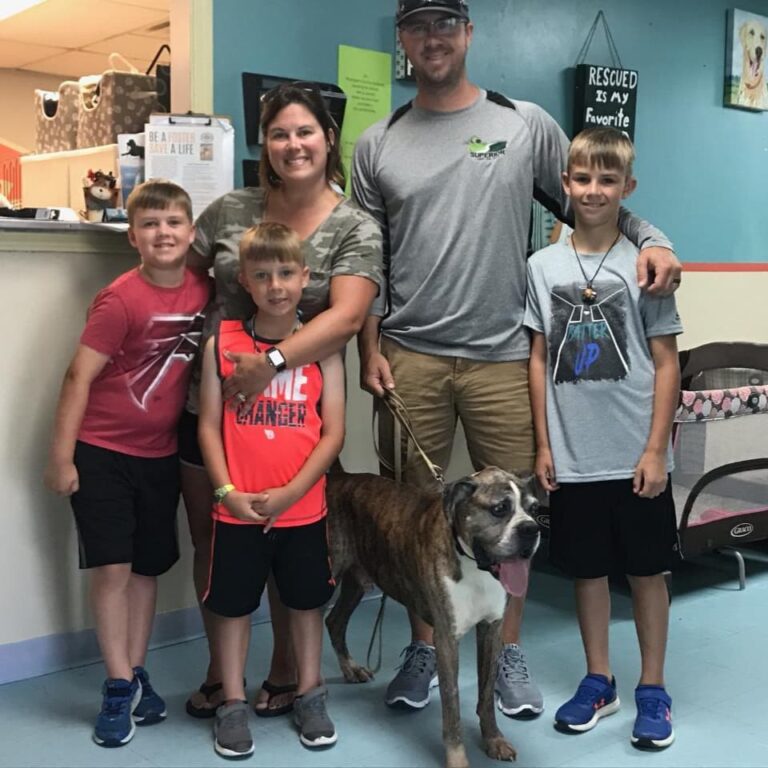 Forever looks great on you, Tommy!